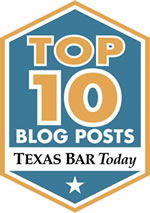 Most Federal employees enjoy an entire administrative regime dedicated to vindicating their unique rights. Out of this regime there are three big enforcement mechanisms that come to mind: Equal Employment Opportunity (EEO) offices, the Merit Systems Protection Board (MSPB), and the Office of Special Counsel (OSC). These three agencies are often entangled together, but each of them is dedicated in some way to addressing PPPs or prohibited personnel practices. A PPP is exactly what the name implies: certain practices in a Federal workplace that are unallowed under the law. The law lists out about 14 things which qualify as “prohibited.” It is important to note, however, that not all Federal employees can find relief through reporting these practices. Employees of local or state governments, uniformed military members, people who work in Congress or for the courts, United States Postal Service employees (except in specific situations), and finally employees of the FBI and CIA are not covered. The list of who is not covered is more expansive, than what is listed above, but those are the ones that may be the most relevant to the general body of Federal employees. To get a better idea of what the different PPPs are and how they would function, below are brief illustrations of the main PPPs using Official, an agency official in a supervisory capacity, C a favored employee, and D a non-favored employee.

There are also four PPPs that have to do with violations of the merit systems that civil service is based off of. Things like considering a recommendation that was made by someone else outside of the agency. For example, if Official heard from Friend that C would be a good fit for the job and hires C based off of what Friend told him and not through his personal assessment – it is considered a PPP. Likewise if Official decided to give D an artificially low rating so that she would not be eligible for promotion, the Official would be considered to be “obstructing competition.” Official would also commit a PPP if he approached D and told her she should not apply for the promotion to remove her from competition because Official knew C was applying for the same job. In that same vein, Official could also not change the requirements for that promotion to give C an unauthorized advantage. Finally, if Official’s daughter were to apply to a position in his agency, Official could not hire her because she’s his daughter. This would also apply if Official called up his friend at another agency and attempted to influence the other agency to hire his daughter.

Finally, whistleblower retaliation encompasses the other PPPs by making it a PPP for supervisors, like Official, to decide to take action or refuse to take action against an employee who reports a PPP. Though general in nature, it protects employees who decide to report PPPs. Specifically, if D noticed that a job posted by Official had requirements that gave C an unfair advantage in hiring, D could make a complaint to the Office of Special Counsel within three years of when she knew or should have known. If D did make that complaint and she mentioned that fact to Official, Official would be committing a PPP if he tried to convince D’s direct supervisor not to promote her because of her complaint about him.

As shown above, most Federal employees have specific protections against practices that threaten the merit system that fuels the Federal agencies. If you find yourself in one of the scenarios above or think it may be happening, reach out to a Dallas employment attorney and we can help navigate you through the somewhat tumultuous waters of PPPs.