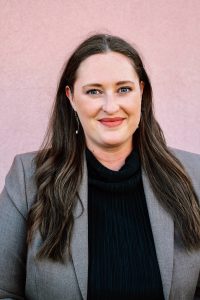 In October, the Biden Administration issued a highly anticipated proposal on how it will approach independent contractor status under federal wage law. The proposal, released by the US Labor Department, clarifies when workers should be classified as independent contractors or be classified as employees who are afforded many more rights, such as full minimum wage, overtime, and other protections provided under the Fair Labor Standards Act.

When this was announced, gig companies such as Uber Technologies Inc. and Lyft Inc. worried about what this will do for their company, as stock prices took a tumble after the announcement. These businesses say their operating costs would skyrocket if they were broadly required to reclassify their independent contractors as employees, due to the tax liabilities and minimum wage, labor, safety, and other legal requirements that apply to employees.

Why is there so much volatility around a rule like this? It is made by the president’s administration, and you might even say its changes with every new president. That’s the problem, there is a lot of uncertainty around how workers should be classified when it comes to this distinction. That is one of the Biden administration’s goals with this rule change, to create more certainty on employee classification.

The Biden administration says that a lot of workers are misclassified right now with the rule as is. The rule as it stands now is that you can count someone as a contractor if you can prove that the contractor, not the company, has a fair amount of control over their work.

Under the proposed rule by the Biden administration, there will be more factors to look at. Such as whether the position is temporary or more of an open-ended work relationship, and whether the worker is doing work essential to the company’s business operations.

Other factors the Biden administration has suggested they will look at when making a classification determination are investments by the worker and the employer and the degree of skill and initiative exhibited by the worker.

While this proposed rule hasn’t even been formally adopted yet, this proposed change is more indicative of the essential conversation people are having now — Do gig workers deserve rights?

If you are classified as an independent contractor or employee and believe you may be misclassified it would be best to consult with an attorney and see your options as we head into the new year.