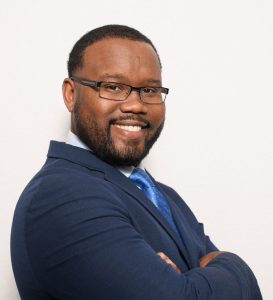 The employees’ lawsuit alleges that Twitter violated the WARN Act when Mr. Musk announced that he would be reducing Twitter’s global workforce. It was speculated that the layoff could affect 50% of Twitter’s workforce. Since this lawsuit, Twitter has taken measures to reduce its potential liability under the WARN Act.

What is the WARN Act?

The Worker Adjustment and Retraining Notification Act (“WARN Act”) was passed in 1988 to ensure that employees have a 60-day advance notice of massive layoffs or plant closings. The purpose of the notice is so that employees have sufficient time to search for employment or seek additional training.

Which employers are covered by the WARN Act?

Generally, the WARN Act applies to employers that have 100 or more employees, not counting employees who have worked less than 6 months in the last 12 months and not counting employees who work an average of less than 20 hours a week. Private, for-profit employers and private, nonprofit employers are covered, as are public and quasi-public entities which operate in a commercial context and are separately organized from the regular government. The WARN Act does not apply to Federal, State, and local government entities which provide public services.

Who is entitled to a WARN notice?

Under the WARN Act, managers and supervisors, as well as hourly and salaried workers, are entitled to notice. The WARN Act requires that notice also be given to employees’ representatives, the local chief elected official, and the state dislocated worker unit.

What triggers a WARN notice?

A mass layoff is when 500 or more people, or 50-499 employees who make up at least 33% of the employer’s workforce lose their job at the employment site during any 30-day period.

Of course, with many laws, there are always exceptions. There are at least three exceptions to the WARN Act, but I will only share one here—a WARN notice is not required if the mass layoff or plant closing is a result of a natural disaster. For example, if you are laid off resulting from a natural disaster, your employer is not required to provide you a 60-day notice.

What are the penalties for employers violating the WARN Act?

The employer is liable to each employee for an amount equal to backpay and benefits for the period of the violation, up to 60 days, plus civil penalties of up to $500 per day and reasonable attorney’s fees.

If you have been recently laid off due to a mass layoff and your employer failed to provide you with advance notice, like Twitter, please contact my office to schedule a consultation. I can assist you seek in getting the damages you are owed.